Just over a week ago I was due to launch my first adult colouring book – hurrah!

And then the Paris Bombings happened.

The following Monday, I sat in my studio space and felt like not drawing ever again. It was a funny feeling; a little like when you are sick and the flavour of everything you eat tastes peculiar. To try and make sense of the why and what’s in order to come up with a solution is verging on impossible – especially when the truth is so blurred and distorted. As a result I felt dis-eased. I’d lost my sense of well being. Everything tasted weird.

Gradually, over the week I started turning off the media. I resisted tuning into the frenzy. I made conscious attempts to realign my focus and shift the feelings of insecurity and disempowerment, into hope and re-empowered creativity.

I got to work and finished the Grow Your Gorgeous 2016 Daybook and I quietly launched the Grow Your Own Gorgeousness Adult Colouring book. Because the launch was so quiet , I didn’t even end up blogging about it. Now though, ironically, I’ve decided to do it BECAUSE of the happenings in the world … and what I want to bring to the table are three little secrets that I probably wouldn’t have shared before. 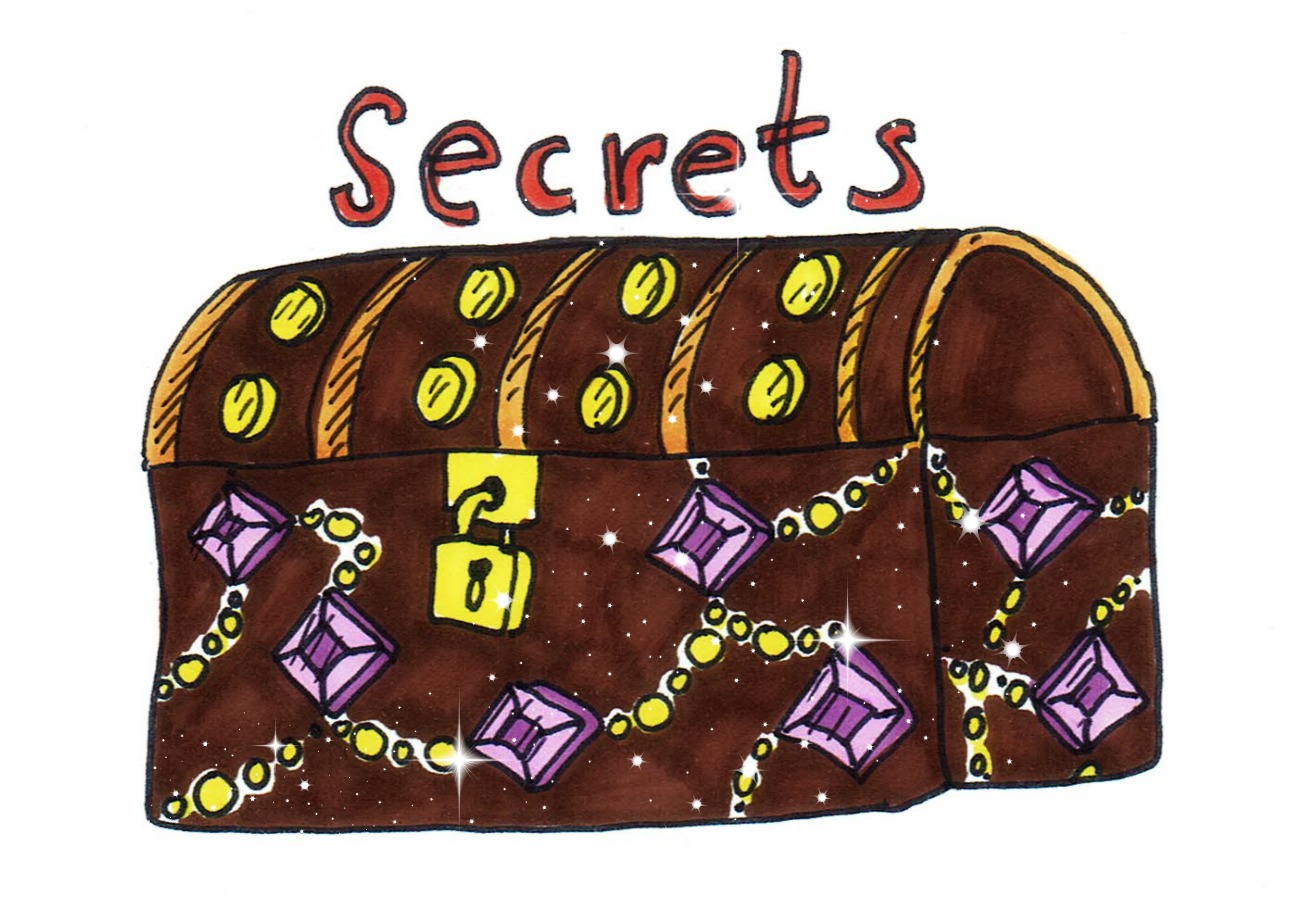 Since ancient times human beings have believed in energy lines that criss-cross our planet.

The Aborigines called them Dream Lines. The Native Americans referred to them as Spirit Lines.

During the Neolithic times, people seemed to gravitate and built settlements around these veins of energy. Nowadays, certain large and influential buildings are coincidentally built on these ancient points of power. 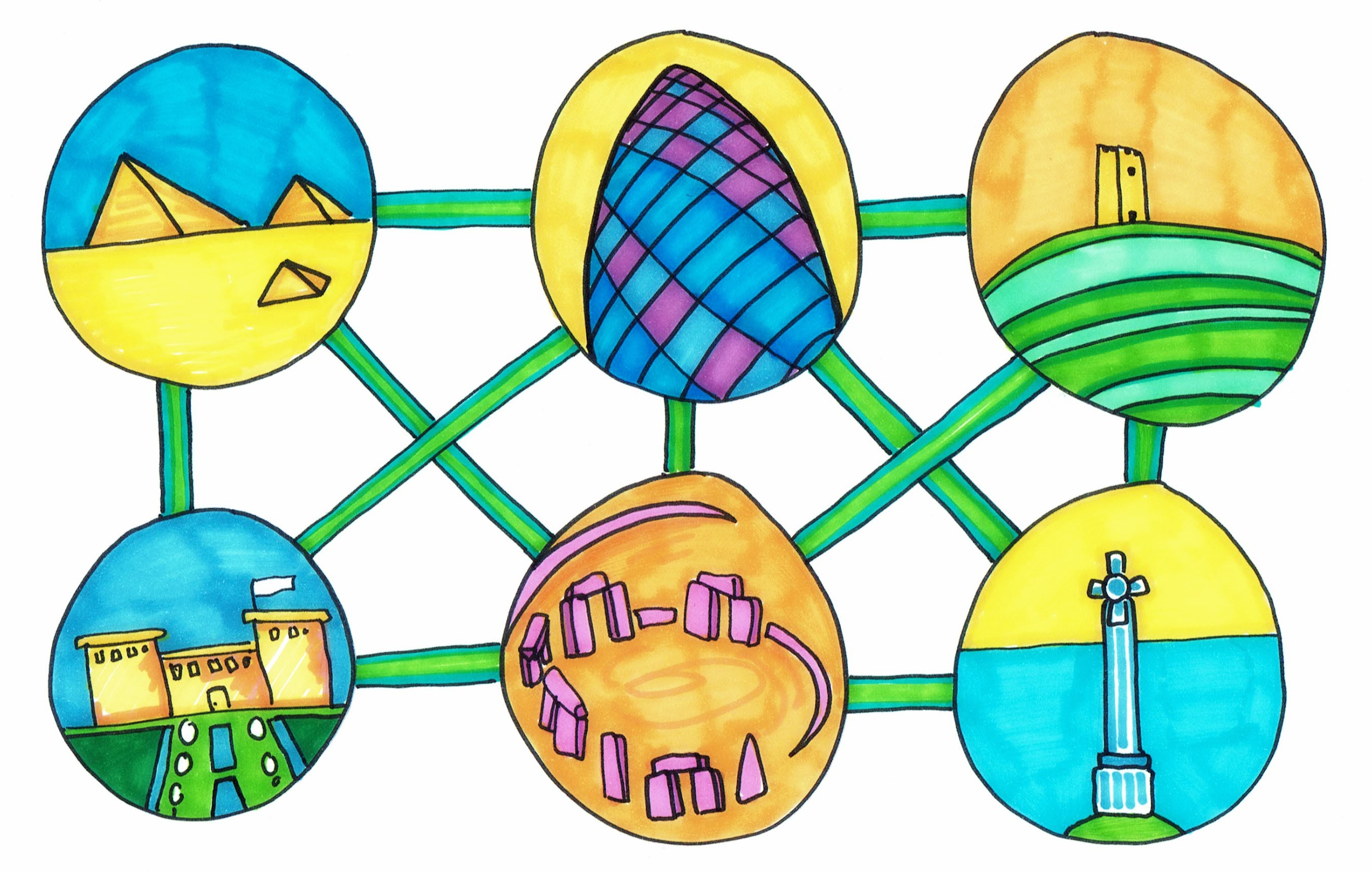 The Isle of Wight is a furrowed brow of these ancient channels.

Leys pass from the south coast through the north and travel up through the spine of the UK. Others cross from West to East and are marked with ancient long barrows and standing stones.

Not one to turn down a major resource right on my doorstep – and because most of my work takes place whilst listening to Reid snore in the back of my car – every time I worked on the GYOG Adult Colouring Book, I drove to one of the leys. Parked up in some of the most beautiful, natural locations on this isle, I literally sat in the central point of these energy currents and created.

Because I wanted this pro-happiness, pro-love little book to contain some serious power. And I thought that maybe some of the love would seep back into the ley network of Planet Earth 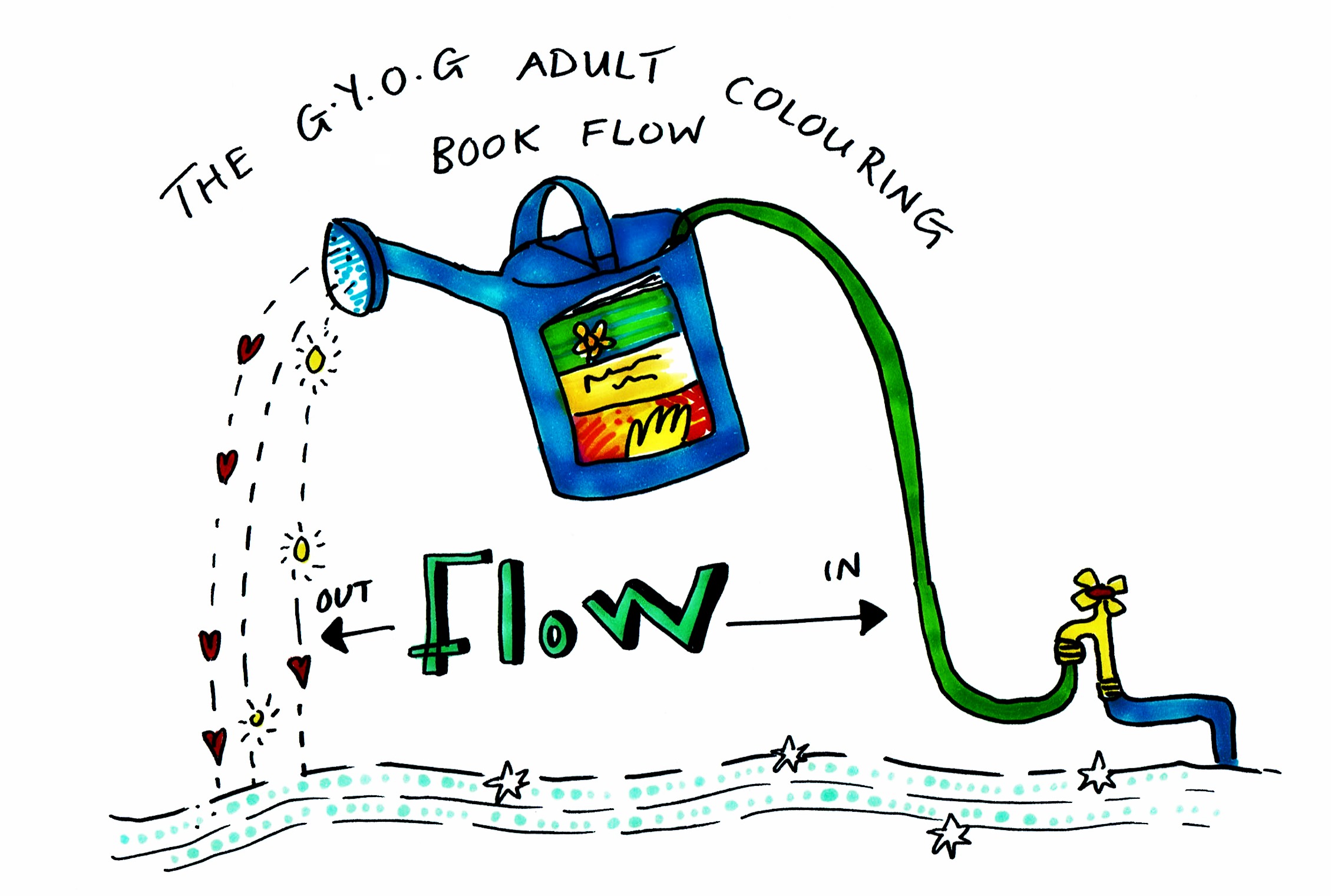 Each of the colouring pages contains an affirmation to lift your spirit, raise self esteem and infuse your subconscious mind with positivity whilst you colour.

So, instead of wasting any more paper –and believe me, the rainforest would have shed a tear had it seen how many attempts had gone wrong – I decided to let go and instead allow a different picture to come through. This was the affirmation that emerged: 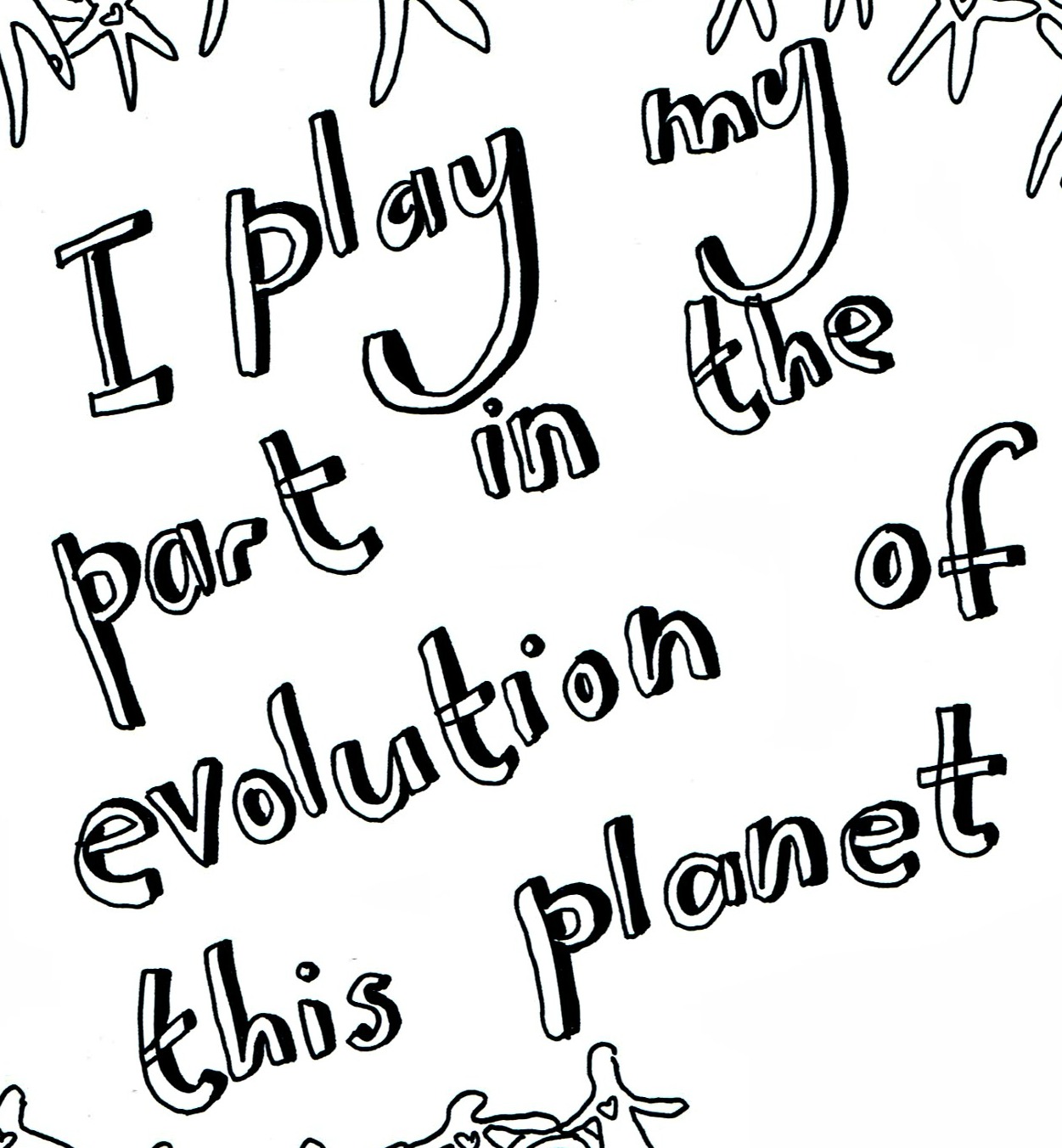 As I drew, I was suddenly flooded with crystal clear insights about humanity. Some were simple. Some common sense. Others were deeper. Here are a few of those insights:

Every human being on this planet IS connected.

Within every human “tribe” or community, there is an energetic spiral that can either be an upward force or a downward one. We choose in our community/family/circle how we want to play the game. We choose to contribute our energy to the spiral within our circles of influence.

Within every human is a heart. The heart makes us ALL the same.

We are a species floating in a Universe, held up by our relationships with each other and stitched into place by our collective reality (the spiral). In our circles and communities, we can change the collective reality. 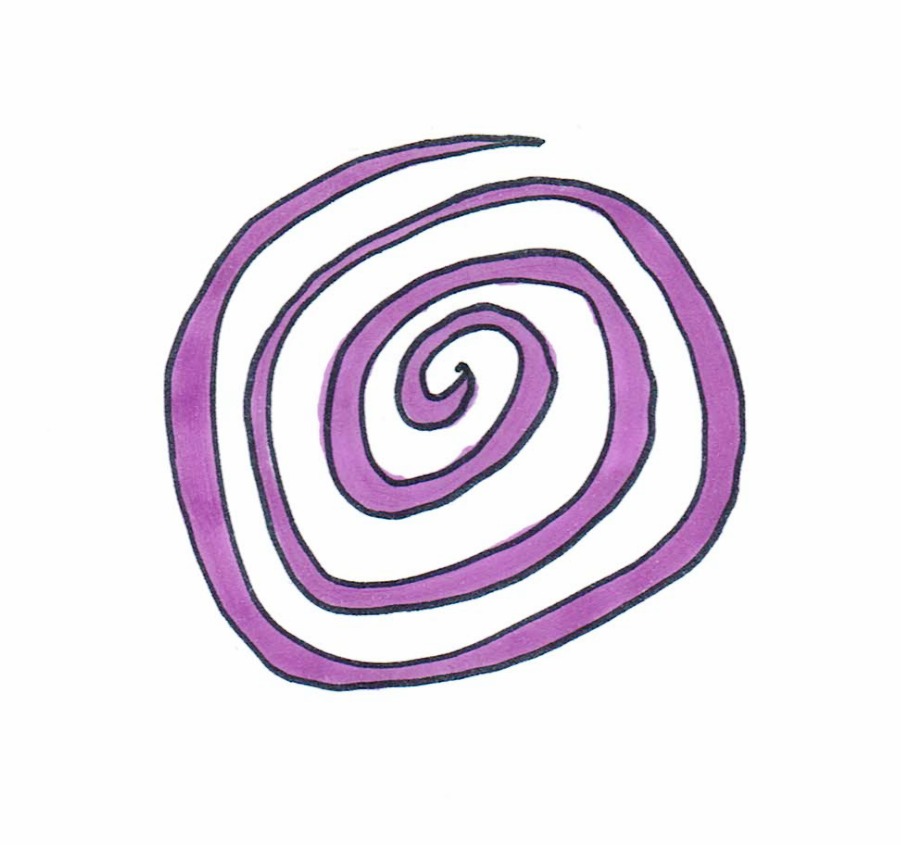 It felt to me as though some message was coming through that image. It was so different to all of the other pages in the book, yet I put it in there anyway. I felt that picture has got work to do in the world … and then Paris kicked off. For those of you who have a copy of the colouring book and have wondered about that page … now you know why it is in there. 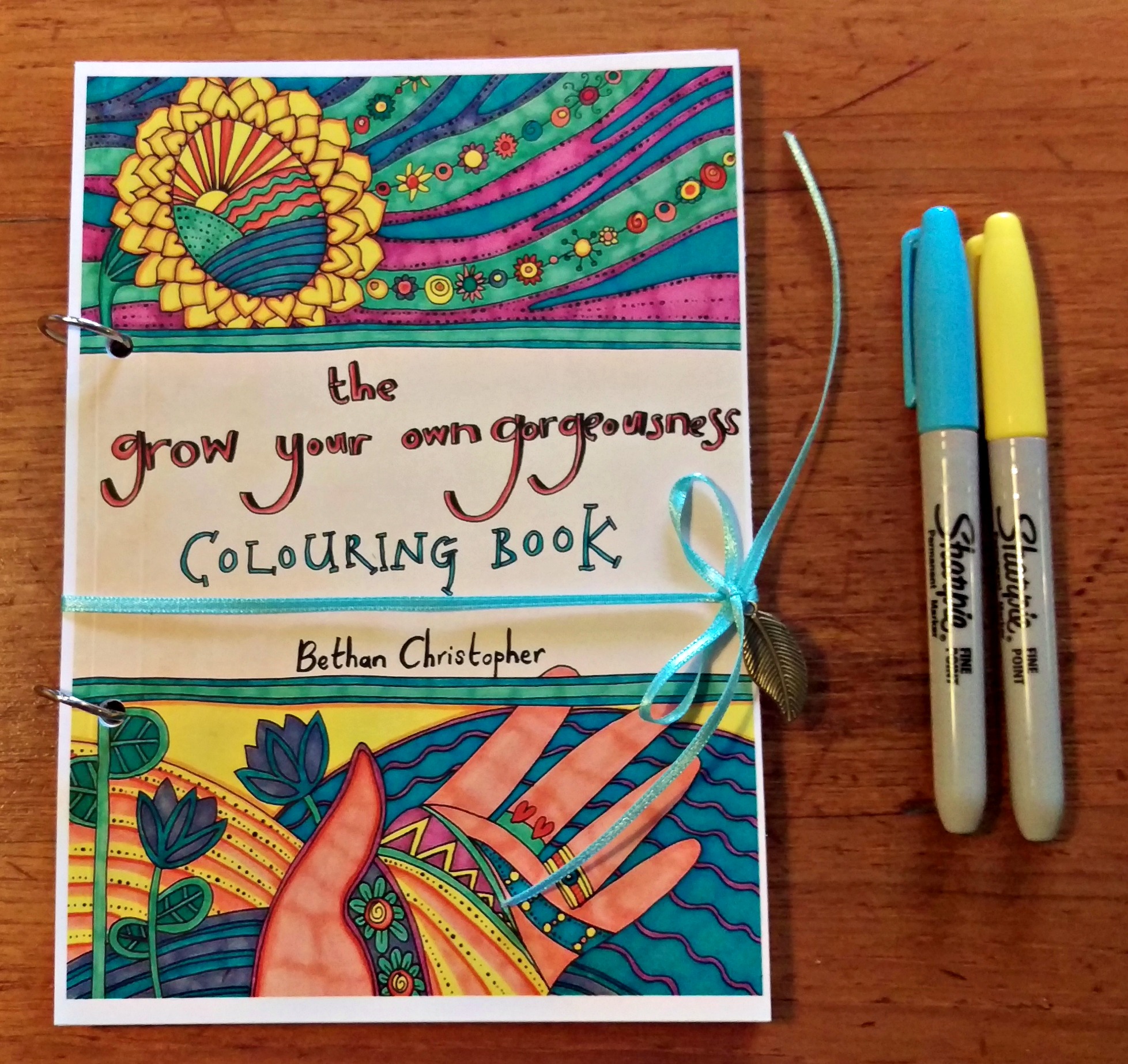 This isn’t a major secret, but I find it funny. During the weeks that I was working on the colouring book, I started to dream in picture book drawings.

Every night my dreams were framed in swirls and flowers and faces and bubbles … all in black pen and ink! One morning Adam’s alarm went off. It wasn’t the usual alarm, but a sweet little chiming bell-song. As the sound gently woke me, I literally saw the music as the most beautiful colouring book page design. And no – I didn’t draw it. Haha. 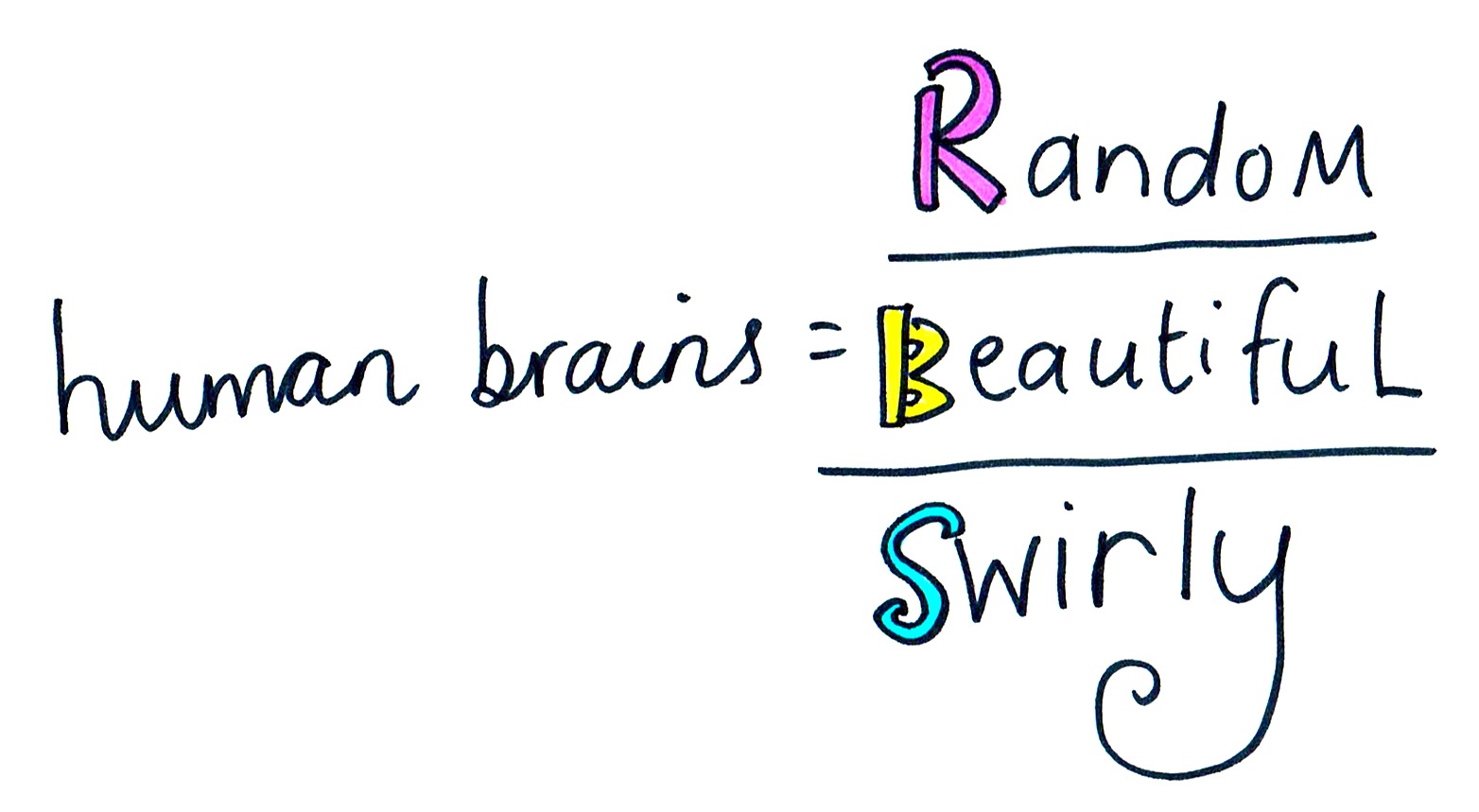 Would you like to own a copy of the Grow Your Own Gorgeousness Adult Colouring book and help bring yourself and the world a little love and healing?

If you would, you can buy it here.

Also,  it would be amazing to see any of the completed pictures once they are coloured. If you want to share, please send me a message either on here or via the Grow Your Own Gorgeousness Facebook Page. 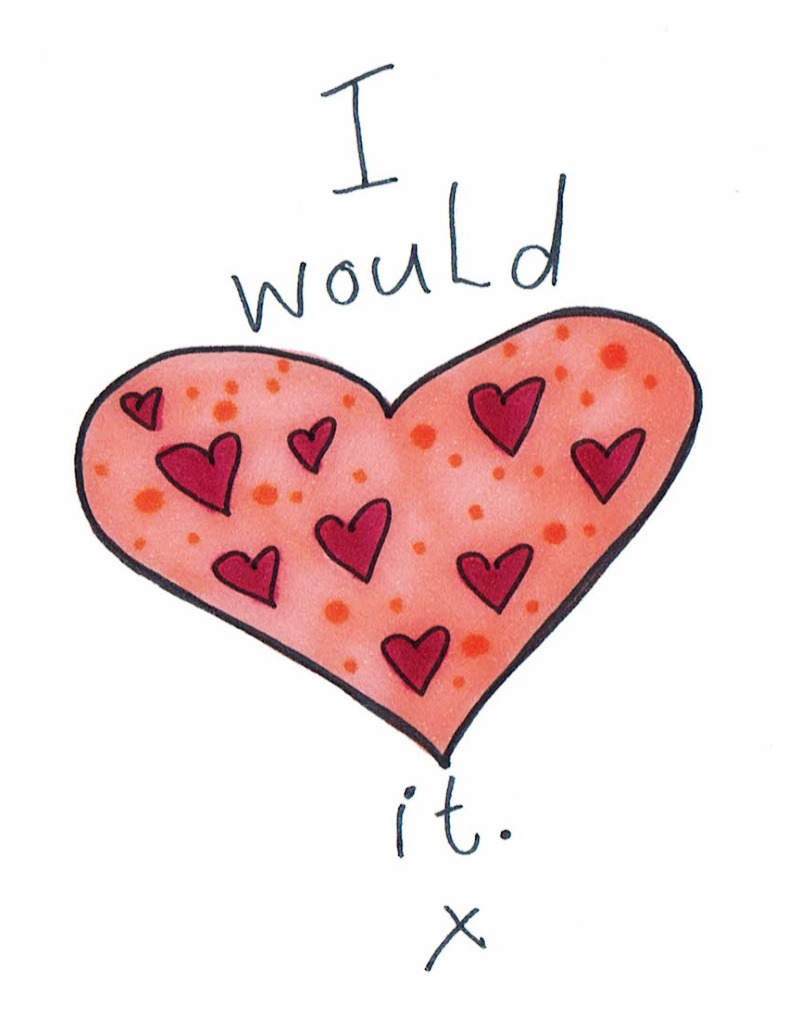