It was supposed to begin with a casual stroll into the quirky sea front coffee shop.  We would stroke the cafe owner’s twin pooches (the ones with gingham bows in their scraggy dog mullets) and then, dog-quota fulfilled, find our cushioned seats outside.

Pooled in the September sunshine, we’d sit back and relax.

But only a gentle one. 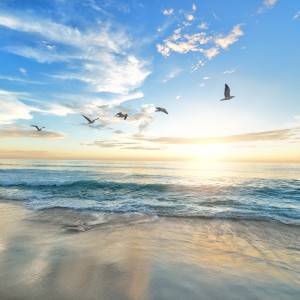 We were meant to sip coffees and spread our brown toast, first with butter, then marmalade.  And eventually, after a second round of coffee, we’d putter down to the shore and stroll into the sea with the elegance of Ursula Andress. Finally, we’d sink beneath the surface of the water, disappearing from the world, then reemerge, faces laughing, souls singing, exhilarated and energised because THAT’S how wild sea swimming women are.

I woke up to hammering rain and WhatsApp pinging with messages from the wild sea swimming women. Some were saying they couldn’t make it. Others would be arriving at sporadic times.

For a moment I blinked at the messages, wondering what everyone was talking about and then it dawned on me that I … as in “ME / I” … had somehow arranged for everyone to go sea swimming that morning.

Well, okay, I did over lockdown.

Apart from maybe once, this summer.

On an off moment.

And I certainly didn’t want to go on chilly old today in the hammering rain, with the rocks and jelly fish and sewage reports … and especially if no one else was going to come with me!

Feeling a little disconcerted but not prepared to face the situation until I’d drunk coffee, I got up and did the usual getting ready for the school run stuff. Every so often a fistful of rain was thrown violently at the window, reminding me of the impending horror swim.

I rubbed my forehead, pondered a few excuses … but knew there was no get out. I’d somehow initiated this and the trouble with being the person to initiate an idea is that you’ve got to then do the thing.

Otherwise you’re in danger of looking like a dick.

Duck out versus be dick.

Whilst trying to weigh up whether looking like a dick was more painful than going in the sea on a horrible rainy autumn day, I noticed an even bigger problem.

My car key … was missing. 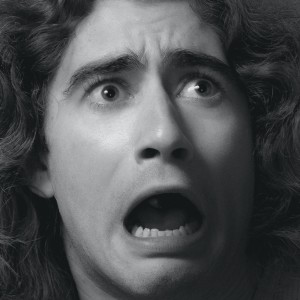 I searched the sides.

Checked upstairs, the bathroom, the bins.

By now the house was ransacked. I’d had three conversations with Adam trying to work out where the key was. Reid was going to be late for school. Ads had had to abandon his pork rolling, wash his hands, drive half way home and lose his precious free parking space so he could bring me the car.

During this period of untold panic, I realised that I was at risk of actually missing the sea swimming  and looking like a dick (a dick with valid excuse, but this still it wasn’t a happy realisation). My heart / chest muscle was doing that thing where it feels like an elastic band preparing to snap.

Then somehow, by sheer luck and genius, I discovered the car key lying in The Most Obvious of Obvious Places.

Let’s not talk about that right now.

I proceeded to ring Ads and say he could go back to work, then rally drove to school to get the youngest there on time and then, in a state of stressed, heart palpitating urgency, found myself heading to the 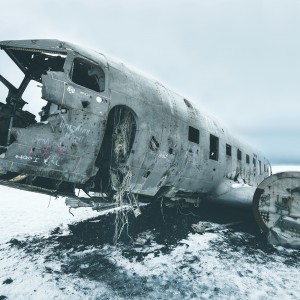 Okay, there wasn’t a plane wreak on the beach, but that was the vibe.

The rain slashed down. Shingle from the beach had been thrown up, over the sea wall and littered the pavements.

Dead pavements, where nobody walked.

The quirky sea front café wasn’t yet open. The owner was putting out chairs and staring at the rain.

None of the wild sea swimmers were there … except … wait …

Rubbing the condensation off the windscreen, I leaned over and peered out. There, in the choppy, silver sea, I saw a familiar head bobbing.

The head of one of the Head Wild Sea Swimming Women.

Propelled by the mayhem of the last half an hour …

I climbed out of the car (wearing my gym stuff), sprinted down onto the beach, dumped my towel and shoes under the dripping life guard hut, hurtled down to the sea and waded in until I was waist deep, dived and swam to the Siren.

“Hello!” she said, bobbing peacefully in the swell.

“Glad you made it! Look how beautiful it is.”

I looked around and sure enough, it was beautiful.

As the rain came down it peppered the surface of the strange mercurial sea, pearl droplets shooting up from the point where each spear of rain pierced the water. Stipples and ripples spiralled around our shoulders. Currents rhythmically pulled and pushed and tugged and moved our sculling limbs like ribbons.

And there we were. Awestruck by the beauty. 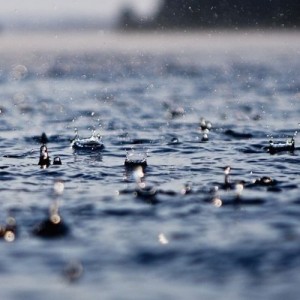 We swam towards the Band Stand. Then we swam back again.

After that we swam to the shore and after a very brief conversation, went off on our separate ways.

Siren – to her car to get dry. Me – to my pile of wet things under the wet drippy life guard hut.

By the time I got back to the car, the clock showed that no more than 13 minutes had passed and yet my heart was no longer feeling tight and stressed. My shoulders had relaxed. I’d just swum in an otherworldly mass of mercurial pearl-jumping ocean in the rain. And I’d hung out for 13 minutes with one of THE original Head Wild Sea Swimming Women.

I drove home, feeling proud and silvery and pearly.

And reflected on why I’d originally decided to go wild water sea swimming … and whether it had delivered.

Since April I’ve been tumbling around in a washing machine of work, stress, family challenges and demands on a scale that I’ve never experienced before. This culminated in a series of six gum infections over August which I was only able to counter-act with six courses of antibiotics. That’s a LOT of rubbish to put into your system, right?

For me this was: YOUR HEALTH IS COMPROMISED. SORT IT OUT. 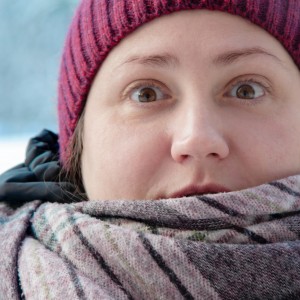 It seemed fair that September and the start of autumn would be a good time to bring in some new practices that would introduce rest, recovery and restoration of my energy rather than the usual back-to-back, run-a-million-miles lifestyle.

Sea swimming was my first port of call.

Did it deliver what I wanted it to?

Sea swimming is in vogue. It’s supposed to reduce inflammation, boost immunity, improve circulation and make you look more like Ursula Andress … but for me, the power it is that by immersing yourself in the cold, raw, wild ocean seems to alter the trajectory of your day.

The comfort zone smashing act snaps you OUT of your small-minded thinking,

OUT of your day to day dramas,

OUT of your hamster wheel thinking patterns that centre around the same old stuff, day after day after day and brings you into the present moment with a sharp, mischievous flick on the nose.

It’s a pattern breaker that resets the mind.

Slaps you round the face.

Then hugs you lovingly.

And through resetting your mind, your thoughts, actions, behaviours, outcomes and direction are all reset

See, had I not gone sea swimming this morning, I’d still have lost my car key.

I’d still have felt stressed. But without the sea swim I’d have continued on my day, absorbed in my own little putter-patter of annoyance, swigging Gaviscon like whiskey, feeling grumpy, acting grumpy, cursing my son and probably making bad choices based on a need to escape my inner turbulence.

I came home, did some work, batch cooked soups, picked up the kids from school, made dinner, cleaned the kitchen and wrote this blog post without the residue stress.

During the day, my mind returned to being surrounded by droplets of water from the sky whilst immersed in the body of water on this earth. I kept thinking about how small I am and how held I am and how good friends are there however briefly your lives touch from day to day. I feel lucky to have seen the water from the angle I did. And this seemed to have an impact on how I then conducted my day.

Ultimately, the experiences we set up for ourselves – whether that’s habitually watching the Bad News in the morning or routinely going on a run through a forest – create a knock on effect which determines how we then move through the day. The habits and practices we repeat act to shift our minds, our moods, our emotions and our actions in a particular direction that then propels us on to the next action.

And what we do with our day – each day – is what makes up our lives.

Which is kind of frightening. And also very, very exciting.

Depending on what we choose.

So yes, it DID deliver.

So much so that I went in again today.