We live in a world that has mastered the tea bag.

Yet have you ever tasted tea as good as one made on a camp fire?

to the passing of the mug and the inhaling of the aroma on a cool, autumn night beneath the moon …

It’s the divine peak of heaven in the tea-god constellations. 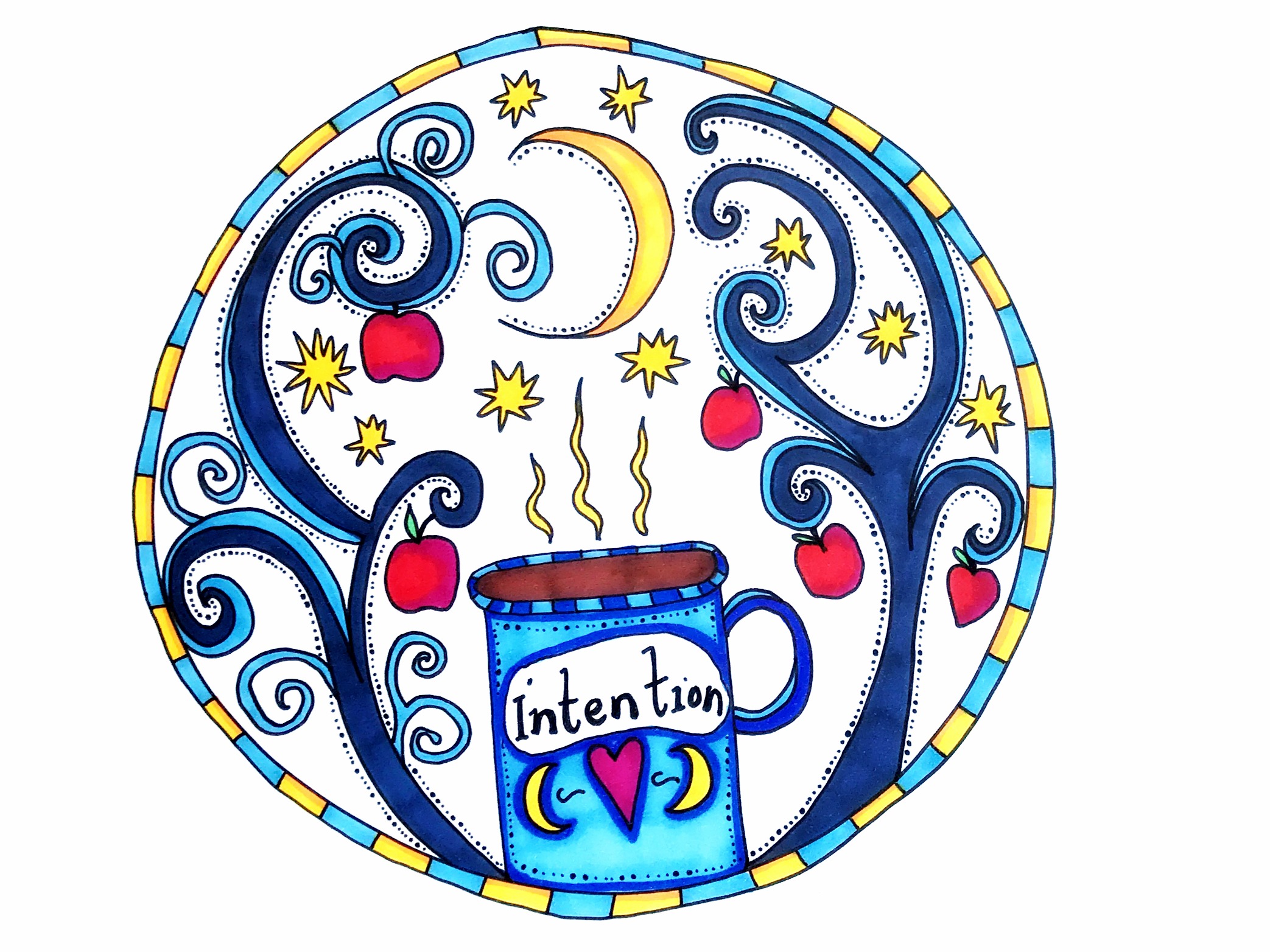 According to culinary alchemist Heston Bluementhal, the flavours we experience when we eat or drink something are influenced by where we are when the thing is consumed.

He suggests that a red wine sipped al fresco in a courtyard of a Medieval provincial village will not taste the same as when you pour yourself a glass back at home at the end of a long day at work and the kids are bickering over the Iphone charger. 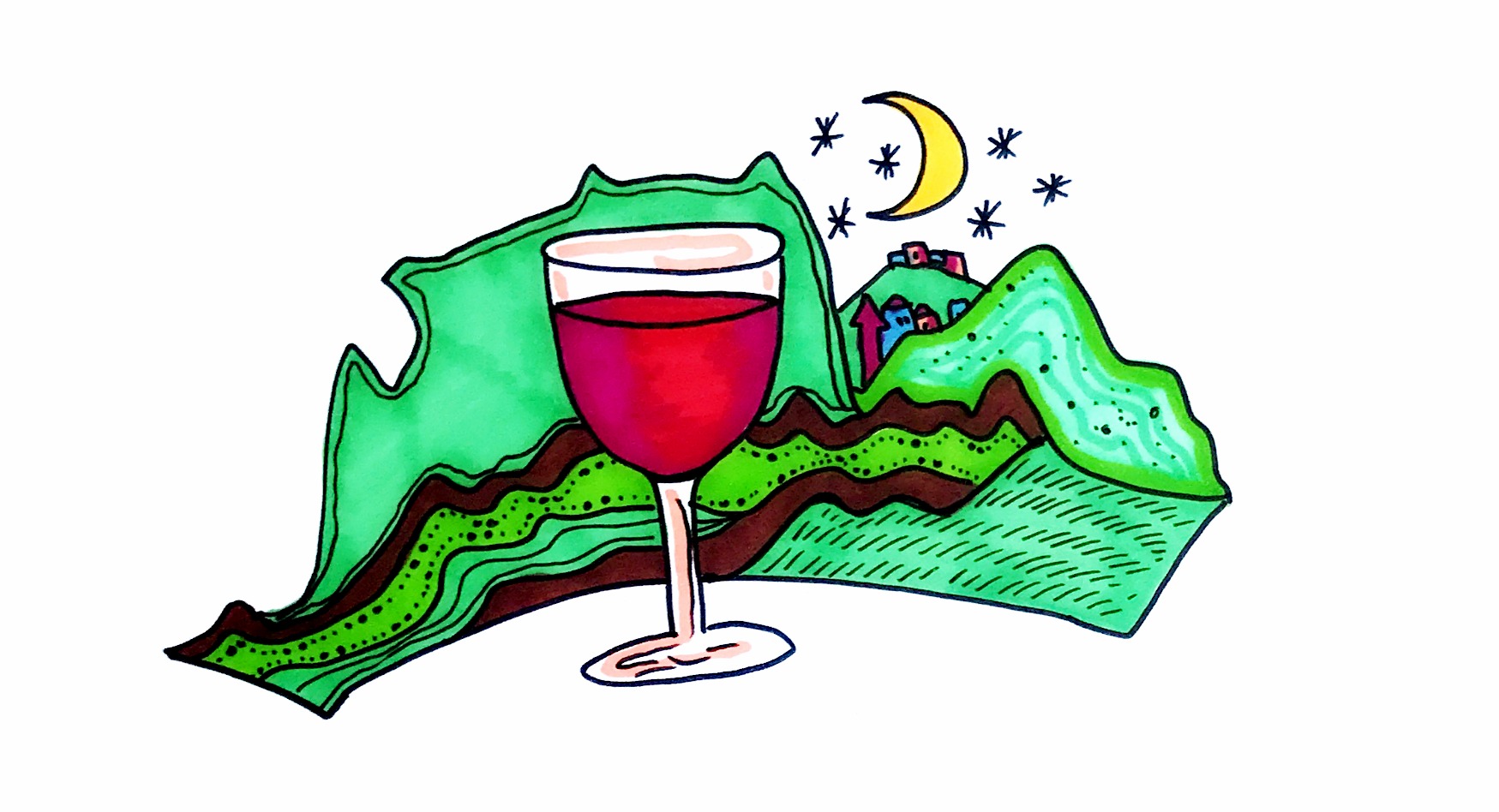 I buy into Heston’s theory completely.

But there’s also another, very basic element that affects how good a thing feels/tastes/looks.

And in a world where everything we require is an Amazon order away, sometimes appreciation gets – just a tiny bit – forgotten.

It would appear from my own experience and observation of others, that  when we’re surrounded by all the information, options, products and tea-bags we could ever need, the human mind seems to stop appreciating any of it.

It’s like, the moment we have it, we have conquered it and therefore can overlook it.

It slips into our blind-spot.

Our appreciation and reverence for the thing dies.

In his book A New Earth, Eckhart Tolle talks about what happens when we “name” a thing. He suggests that when we name/label a thing/experience/emotion/person, the mystery and magic of it is gradually diminished and it becomes something that our mind can overlook and by-pass without utilising too  much energy on comprehending.

Take a tree for example. Remove the title “tree”  and the thing becomes a strange, gnarly, indescribable shape that rattles in the wind and birds may make shelters in.

Suddenly the thing that was a tree is curious and new again.

Our relationship to it has changed.

We rediscover our reverence and appreciation for the thing. 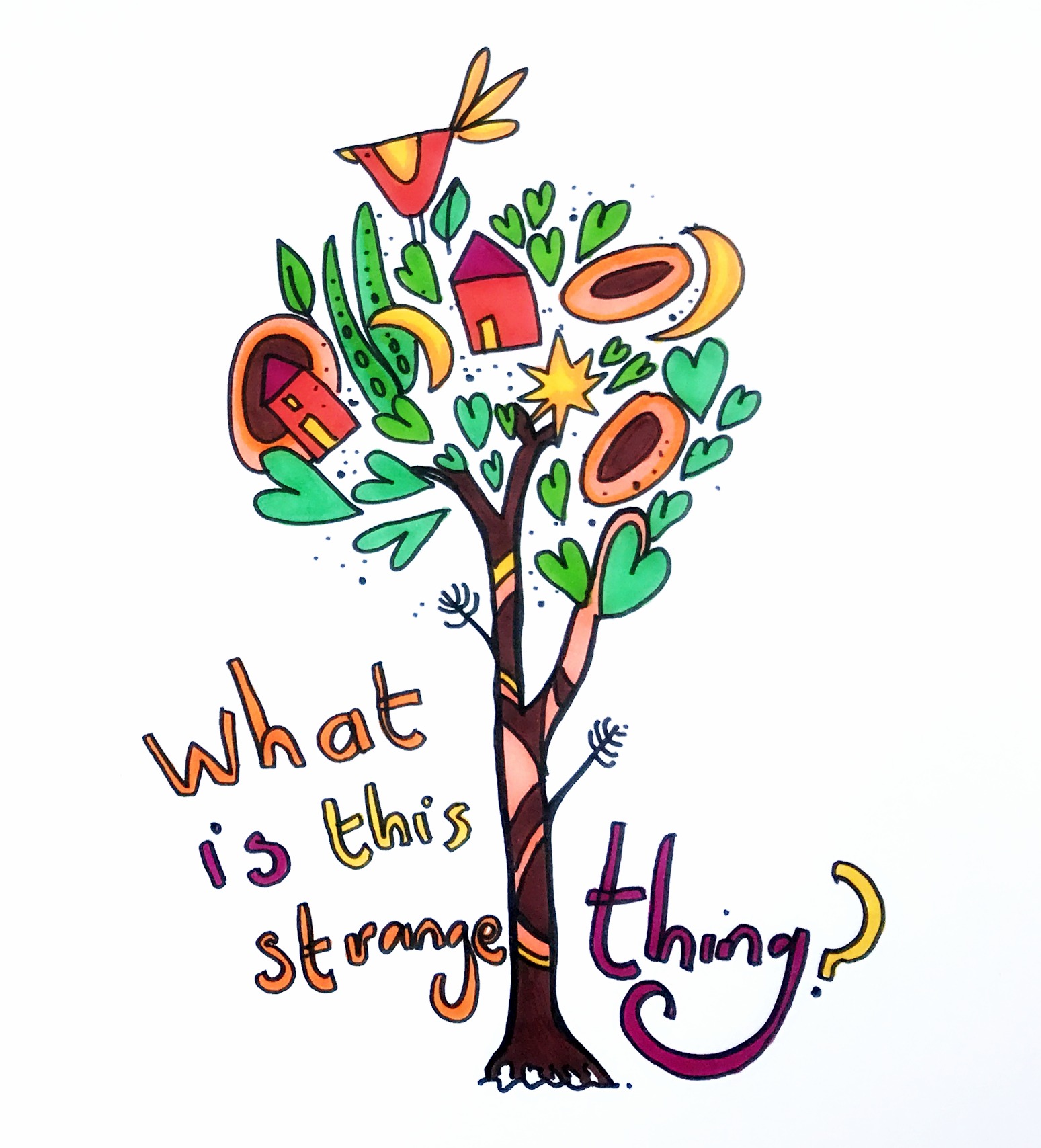 I recently rediscovered my curiosity around a word that I’d consumed, used and underappreciated more than a Yorkshire teabag.

It’s a word that people in the personal growth world throw around a lot.

It’s something Yoga teachers often set at the start of a class.

It’s a word that I’ve boiled and reboiled without even thinking about it.

During a video I was watching of Brene Brown and Oprah Winfrey, Oprah began talking about the power of intention. She talked about a book she read in ’89, called Seat of the Soul by a man called Gary Zukov. Gary talks about intention and how the intention we bring to whatever we do is what we create from our act.

As a coach and a woman who considers herself *mildly* interested in conscious creation, this fascinated me.

The idea pointed out that, if we set a goal and yet we are unconscious of the intention that ACTUALLY underpins this goal, whilst we may achieve the goal on the surface, what we actually GET in our experience is the mirror-image of the intention beneath that goal.

I’ll give you an example.

When had my first book published, becoming a published author was all tied up in approval from others. I set no intentions around anything else because, frankly, I was unaware of why I was even trying to get published.

When the book was published, it was a huge hit in my local community. Lots of people were impressed and thought I was clever for my achievement, but then the effects of having the book published fell away. It was forgotten. It made very little money. Eventually the publisher went out of business.

My goal had been to get a book published.

My intention for doing this was to feel a sense of approval from others.

My goal to get a book published was achieved and I DID get approval from others.

On the other hand, when I published Grow Your Own Gorgeousness, my intention was very different (although still unconscious).

This book was intended to act as a calling to women to break out of society’s handcuffs that ask us to hate our bodies and instead grow a new paradigm around self love and embodiment. I wanted it to help trigger, be part of and begin bringing through a revolutionary new way for women to experience themselves and their physical bodies.

It made more money than all of my other books put together. It was featured in Elle magazine and the Times Ed. It was developed into a teen programme and has received countless testimonials from women who have experienced a strange awakening when they read the words. The work of this book continues to unfold in ways that delight and amaze me.

Like my original book that I told you about, my intention for GYOG was also unconscious but thankfully it was a much more soul-aligned intention that underpinned it and the result of this speaks for itself. 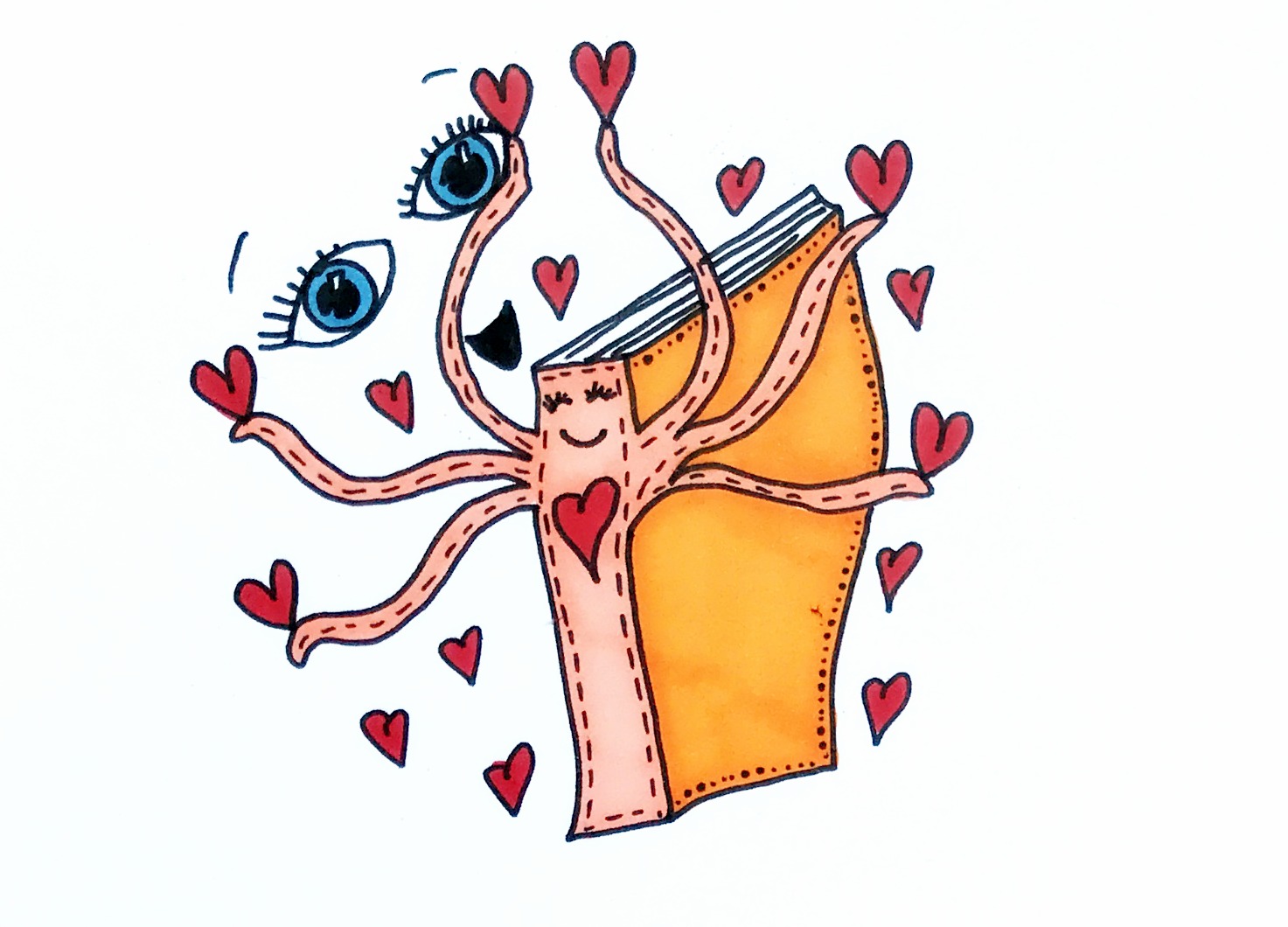 This is the power of intention.

Listening to Oprah Winfrey talk about the power of intention reawoke me to the inherent power we each have to deeply, EFFECTIVELY infuse what we’re manifesting with WHAT WE ACTUALLY WANT.

But we’ve got to be conscious about it.

Reality is, most of us are travelling along a motorway of unconscious awareness. We’re zooming along on autopilot, sucked into the radio or the news, not really sure where we’re going but keeping our eye on the road none-the-less as we speed through life unaware.

What we don’t realise is that adjacent to the motorway, just beyond the banks of concrete, is a whole other world. In this world the roads are grassy lanes. There are villages instead of service stations. There ae exceptional lives to be lived and picnics to be had. These lanes and villages of gorgeousness symbolise lives lived consciously and intentionally.

I’m a country bumpkin, so I am pretty biased …. but I know where I’d rather be.

In order to get ourselves off the motorway of unconscious creation and into the rich, hearty land of  intentional living, we have to find the route. I believe that this route involves rewiring our thoughts and intentions so that we rewire what we create in our lives each day. 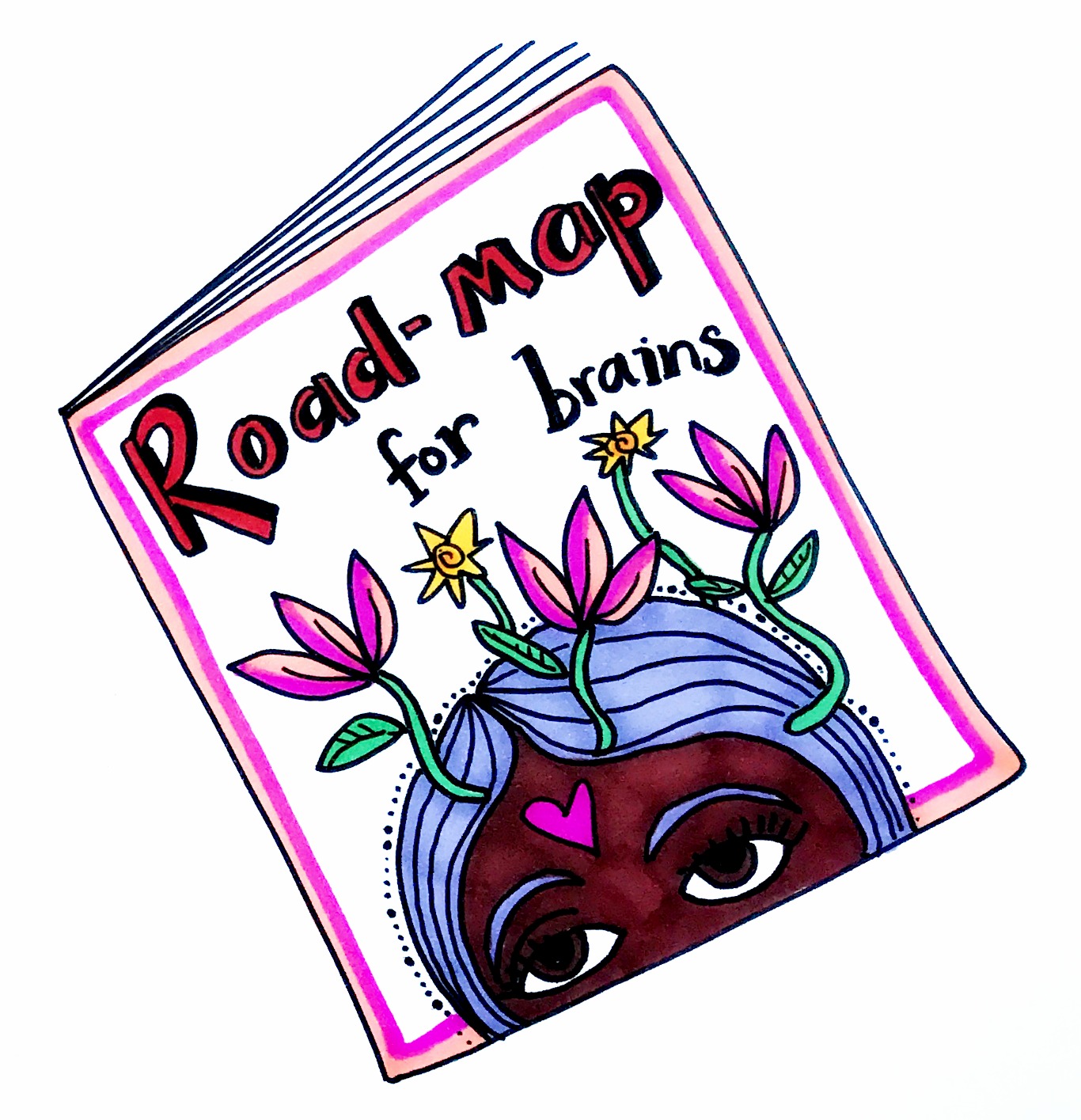 So, how do we rewire our intentions? These desires are at the heart of every action we take and every decision we make, so my advise is to start with something really specific. This could be setting your intention for the day, or a conversation, a meeting or maybe a blog post you are going to write. Then do the following:

2. FAST FORWARD TO THE COMPLETION OF YOUR DAY/PROJECT/BLOG POST/WHATEVER and imagine that the outcome of it will reflect the essence of your current unconscious intention.

3. DECIDE WHETHER YOU’RE HAPPY WITH THE ABOVE OUTCOME OR IF IT COULD BE UPGRADED IN SOME WAY. A great way to do this is by working out how you want to feel once you’ve completed your day/meeting/blog post.

4. HOLD YOUR NEW INTENTION IN YOUR HEART AND THEN PROCEED IN YOUR LIFE OF GORGEOUSNESS!

If you want to sit underneath an autumn sky, drink tea from an enamel mug and build days upon days that make a life of length and beauty and gorgeousness, begin by looking underneath your projects, ideas, dreams and goals and find out why you really want them and if those WHYS are what you really want to fulfil.

Because your WHY infuses everything. 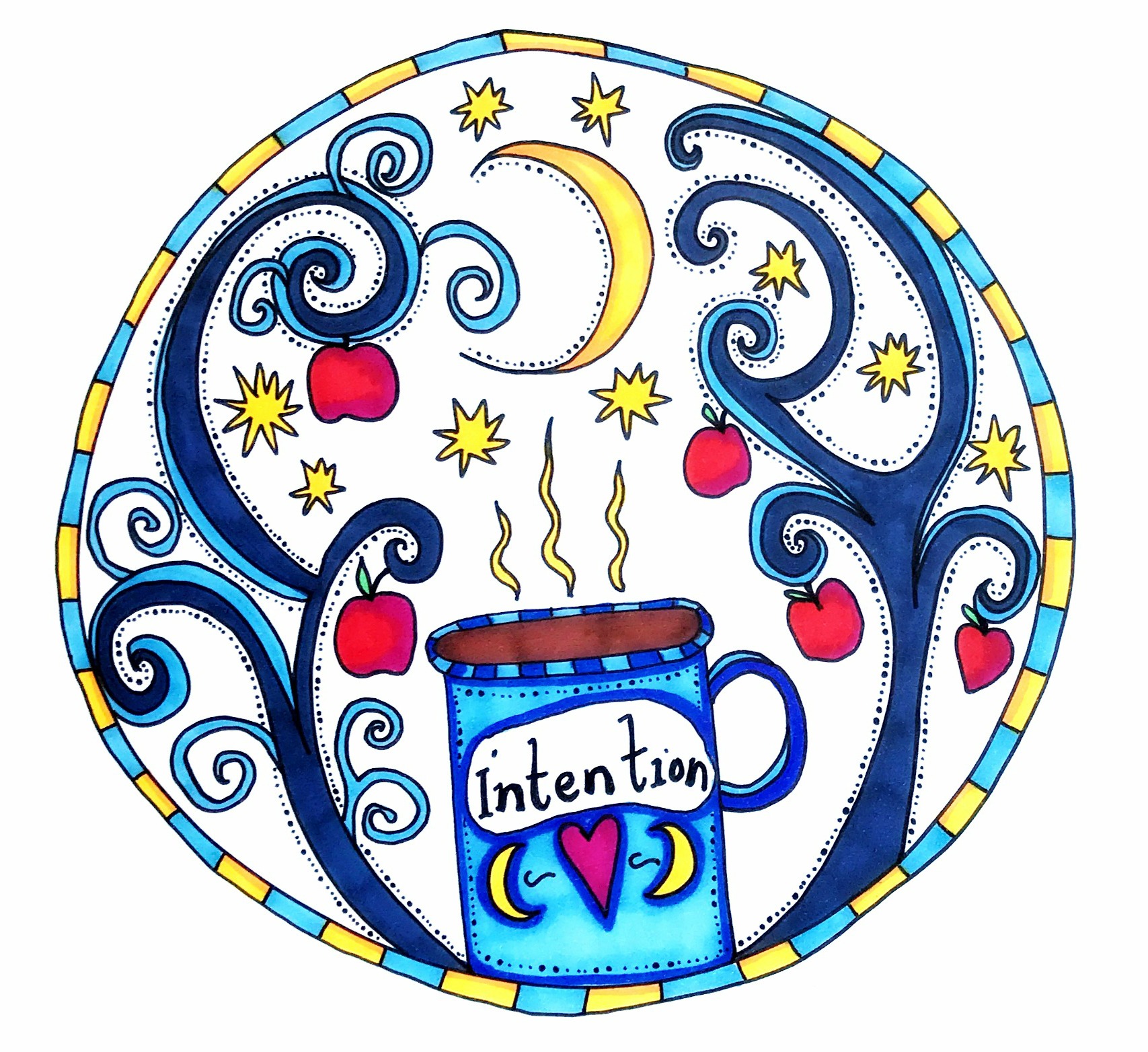