From Zombie To Michaelangelo: Transmuting Your Inner Critic

There are days when every one of us awakens to find that our Inner Critic has crawled into our bed and is just waiting for us to open our little lashy lids.

I had one of these days recently.

There I was, barely out of bed, helplessly sinking into a belching pit of this:

“You are shit. You are shitter than shit. In fact, you’re a fat shit. A fat OLD shit. You’ve got cellulite on your cellulite and you’re so shit that you can’t do anything about it. Ha. How shit is that?”

Thankfully, after 36 years of self flagellation and quite a lot of up-close-and-personal healing work, I’m pretty good at transmuting the Inner Critic’s energy into something handy. 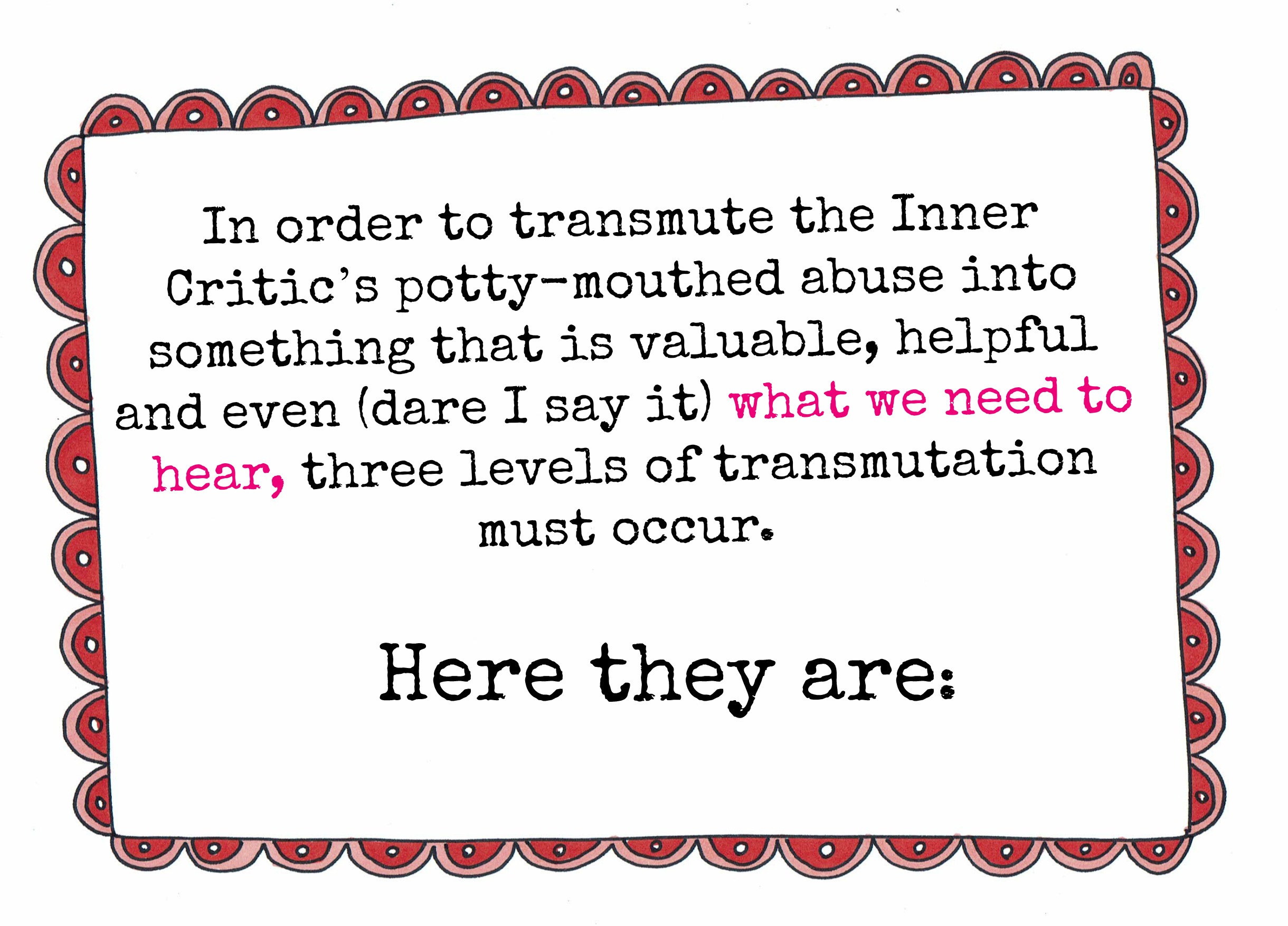 When the Inner Critic first shows up, it appears as a metaphorical slurry pit (in your head).

You’ll know when you are in the pit because you are immersed in the Inner Critic’s gloop. You may not be hearing the Inner Critic as a voice, but instead will be filled with feelings of shame, self doubt, anxiety etc.

To get out of the gloop, you’ve got to become aware that

a) you are in the Slurry Pit

b) the voice of “You’re Royal Shittness/Incapability/General Failurism” is not you.

Separate yourself from identifying with the negative feelings and recognise that all these things you are thinking are simply that – thoughts …. a firing line of thought, a poo pool of slime you may be IN but are separate FROM.

Once you do this, you’re out of the gloop.

But it’s not the end of the story.

As you separate yourself from the Slurry and climb onto the bank (whilst panting and feeling grateful for your life), your Inner Critic will now take on a new form.

The gloopy slurry pit begins to reform. It twists and stretches and before you know what’s happening, a snappy, hungry, gruesome looking Zombie that wants to eat your limbs like cucumber sticks now stands before you.

“You’re shit!” it barks, whilst snapping its teeth and baring its gums like a rabid badger. “You’re really shit. Look at that shit thing you did. And that one!”

“Shut up, Inner Critic!” you snap back, hopping around and trying to fence away the zombie with Zorro moves and prodding a stick in its general direction. “I know your game!”

At this point in the transmutation process, you know that the voice of the Inner Critic isn’t necessarily true or real. You know it’s your old conditioning and all the self-judgement you have personified into a nasty little goblin …

but that’s kind of NOT helping.

The voice is still there and it’s not actually leaving you alone.

The only option is to jump to Level Three.

Who wants to spend their day fending off a snappy, aggressive zombie?

No one that I know!

The next step in the transmutation process is to take your zombie and humanise it. You need to throw it the antidote to undeadness … a combination of potent self-love and also the power of listening.

This is a fine art.

In lots of coaching and psychological work, Inner Critics are considered to be the culmination of negative self-esteem beliefs, our authoritarian parent, our controlling self and generally all of the nastiness rolled into one.

There are many techniques to name and banish the Inner Critic … but what if this shadow-self actually has a vital purpose that we’re ignoring?

What if, somewhere within the hailstorm of venom, there was a treasure trove of gold?

Humanising Your Zombie involves loving yourself enough to stop fighting the Inner Critic, not take what it is saying personally, but instead to hear what it is saying and sift through the barrage of insults of it to find the gold nugget.

Let me give you an example from my recent encounter with my critic.

“You’re shit,” my Inner Critic Zombie told me … even after I’d sat down and made him a cup of tea.

“Okay, how am I shit?” I asked, taking out a pad and pen with the attention of a newspaper journalist. “You tell me every last way in which I’m shit and I’ll listen to everything. And take notes.”

“Well, look at you. You’re all blobby. You never used to be blobby. And it’s hot outside. You’re going to be all sweaty and blobby and feel gross.”

“And you want to do Yoga. But think about you at Yoga – all blobby and hot next to all those cool, elegant Yoginis with their stretchy un-blobby legs.”

“I do feel a bit blobby, actually,” I mused. “And you are right, I used to really enjoy fitness and running. Things have stopped me from doing those things lately.”

“Do you know what, Inner Critic?” I said, putting my pen down on top of my pad. “You are right. Not about all the blobby shittness, but about how I do want to get fit and healthy again. In fact, I’d like to say thank you for reminding me how amazing I feel in my body when I strong, fit and healthy. I am now going to go on a lovely run and remind myself EVEN more just how lucky I am to have a strong, fit, healthy body.”

At this point the Inner Critic fell quiet.

Not only did he transmute, but he also seemed to fall away out of my mind like some feathery shreds of dream toilet roll that you can’t quite grab before they turn to talcum powder. 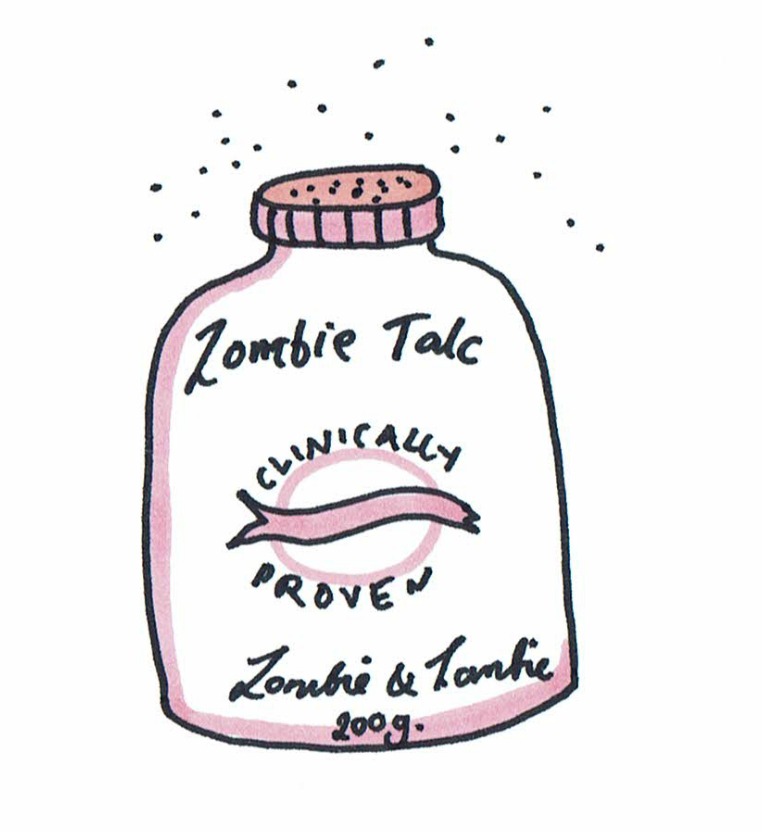 What was left in the place of my Inner Critic was now a sense of Michaelangeo. He was holding a chisel and a small hammer (or whatever people use to carve statues out of stone). Instead of hearing insults and curses and soul-killing disgust of the critic, instead I imagined a deep, soulful voice saying, “I saw the angel in the marble and I carved until I set her free.”

And this is what I’ve learnt lately about Inner Critics.

They’re going to continue to show up.

And maybe, the fact that they are here might mean that we’ve developed them for good reason.

Maybe- if we dance the dance and play the game – our Inner Critic might actually have a bit of wisdom tucked up their sleeve.

We swim, we separate, we fight, we talk and then the piece of gold is revealed.

And gradually through the debris and brokenness, we find what the Inner Critic is trying to say (but making a complete hash of).

The whole thing sounds like an arguments between an old married couple! 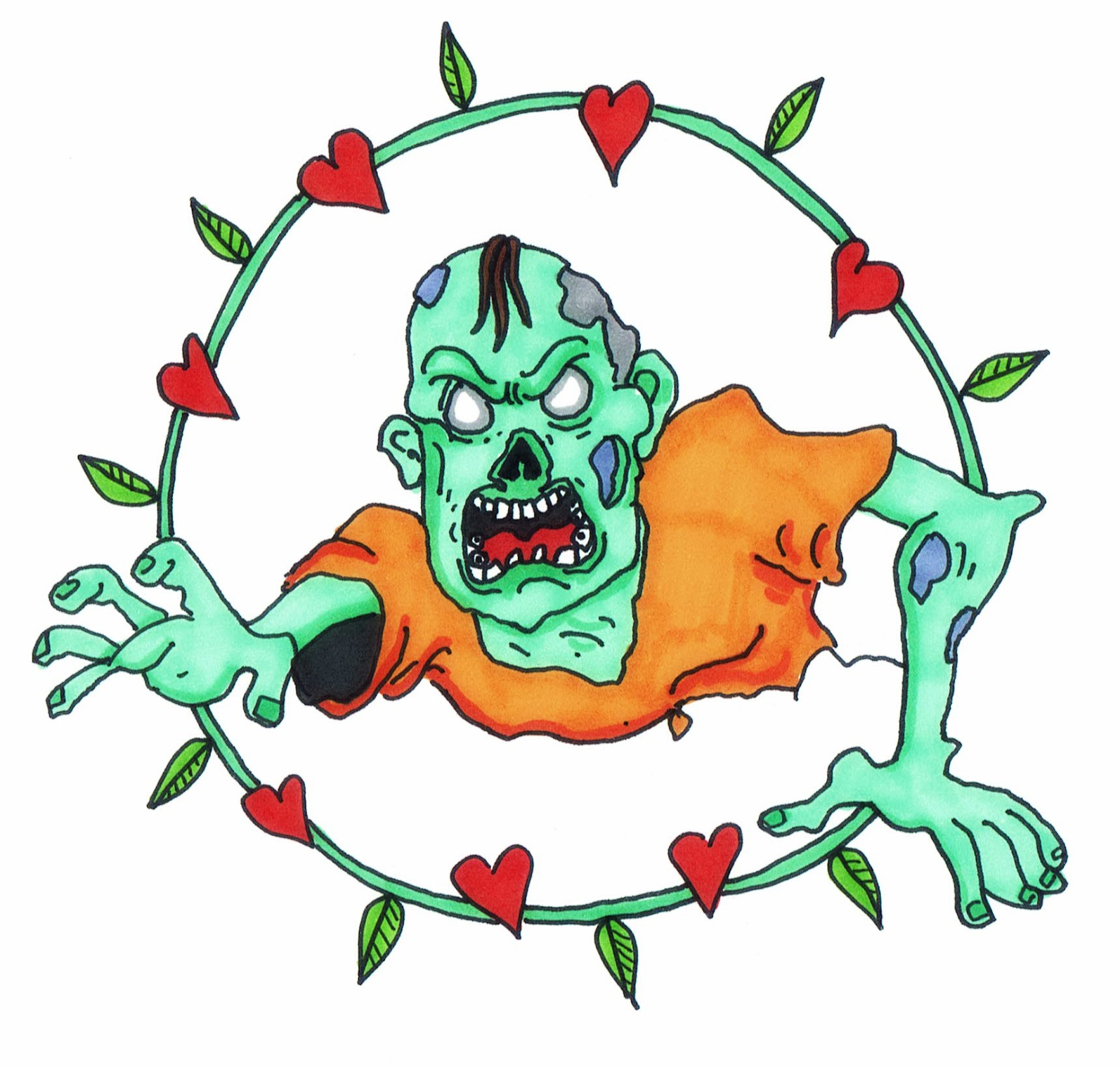