Every Portrait Is A Self Portrait

One Christmas, my aunt gave me a deck of Art Oracles.

The deck was unusual. Each card depicted an artist and beneath the artist’s image, were a few lines that summed up an insight represented by that creative trail blazer’s life and ethos.

These captions had an uncanny knack of cutting to the heart of a subject you were embroiled in.

They did it in a way that was blunt, a bit crass and often quite cut-throat.

But like many things, the deck was put away in a drawer and eventually forgotten.

Then, yesterday, I found the cards. After a moment of “Yes! I found you again!”, I split the pack and pulled Gustav Klimt. 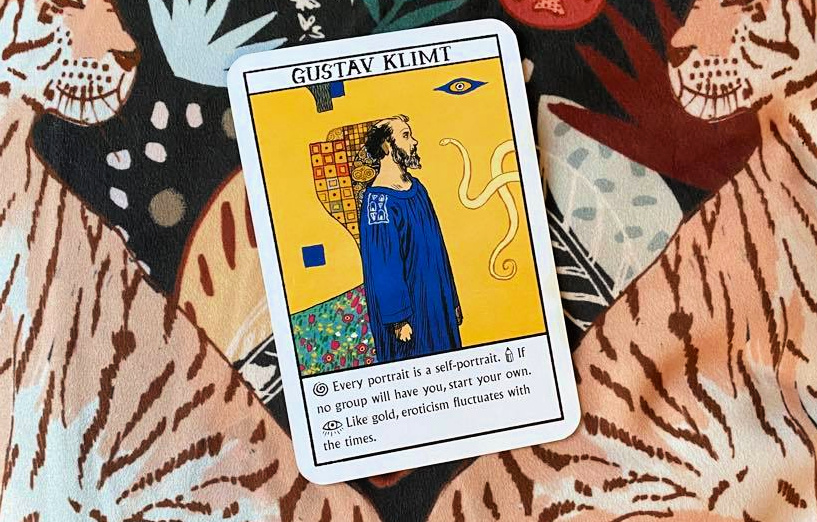 I’m not sure if you can read it, but that first line refers to portraits and self portraits.

And the phrase hit something in me that I been wrestling with for a fortnight.

As a mother and aspiring fiction writer who is also wading knee-deep through the summer holidays, my plan had been to use these weeks to focus solely on fleshing out the scenes of my novel.

In my naive writerly-state, I thought that if I wrote out all the scenes very clearly, I could begin the serious writing process in September/autumn. However, it turns out that scene writing is very closely intertwined with the characters in your story. The plot hinges on your character’s actions and reactions, so unless you know your characters inside out, you can’t sketch out scenes with much clarity.

Coming up with make believe people is quite easy (if you don’t mind them being shallow, cliched and a bit, well …shit). But if your aim is to invent compelling, interesting, multi layered eye-popping characters, you’ve got to dig in deeper.

Guess what? None of it worked.

I still was STUCK.

Also, in one of the essays I’d read, a highly respectable author suggested that fledgling writers spend one year writing one short story per week. At the end of that year, he declared, at least one of the stories would be good. And also, you may have developed a slightly less pathetic ability to portray character.

At this point, I almost cried.

All I wanted to do was make  up some good kickass people for my novel and now it was looking like a years worth of training was required.

Like all good procrastinators, I immediately avoided the situation and said to my kids, “come on, we’re going out.”

We drove to the north side of our diamond shaped island to a particular tourist destination where the trees are massive and the cake is good.

The carpark was packed.

A slow snaking trail of cars crawled around the various lanes, hunting for spaces.

Feeling righteously local and therefore lucky, I did a few quick and easy manoeuvres and with air punching triumph, found a sneaky parking space between two large vehicles. Both vehicles (clearly DFLs) were badly parked, overlapping the dividing lines, but I figured that if I was careful, there was still room for a little car.

It appeared that there was.

We grabbed our stuff, then sloped off for a lovely day, walking in the avenues, enjoying the sunshine, looking at Egyptian relics and weird Victorian taxidermy, eating cake, forgetting about books and scenes and characters …. then returned to the car to go home.

Where we found this: 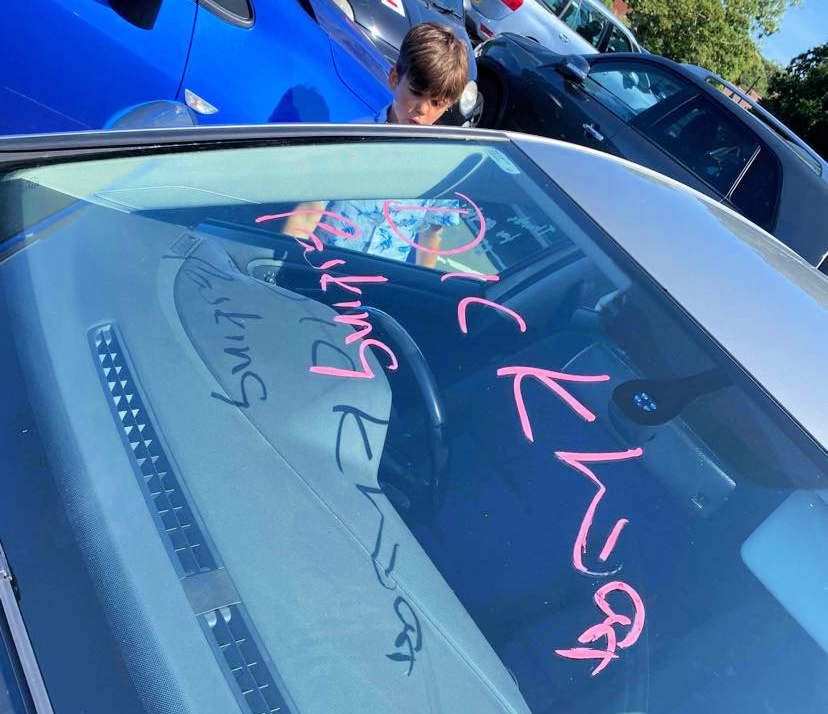 All over the windscreen.

I think it says, “DICKISH PARKING”.

And then, chapstick all over the side window saying, “thanks for the dickish parking.”

And THEN … when we opened the car up … it became clear that the ferocious lipstick wielder had somehow gotten inside and attempted to ransack the interior.

This was sadly a fail for them, as my car is already ransacked by my slovenly family.

They had, however, taken stuff out of the dashboard and spread it over the passenger seat.

“Well,” I said to the children. “This person was clearly a bit upset.”

“But they were the ones that had parked badly over two spaces,” Reid frowned.

“That is a really nasty shade of lipstick,” reflected Pix.

“I reckon it was her husband,” I mused. “He must have been furious and snatched his wife’s lipstick out of her hand and scrawled all over the window.”

“Whoever it was, was really angry,” Pix replied. “There’s rage in those lipstick letters.”

We pondered what had happened all the way home.

On arrival the children both drifted off and I went upstairs to my bedroom and opened my laptop. In my mind, a character had formed out of this unknown wielder of the pink lipstick. I was imagining a woman. In the scorching heat. Driven mad by her demanding kid who wanted toys from the giftshop. She’d been forced to go to the tourist destination against her will … and had had to walk around the entire place in an extremely uncomfortable thong.

Before I knew it, I was tap-taping away on my laptop. Forty minutes later, a powerfully character-driven 2,500 word story was complete. 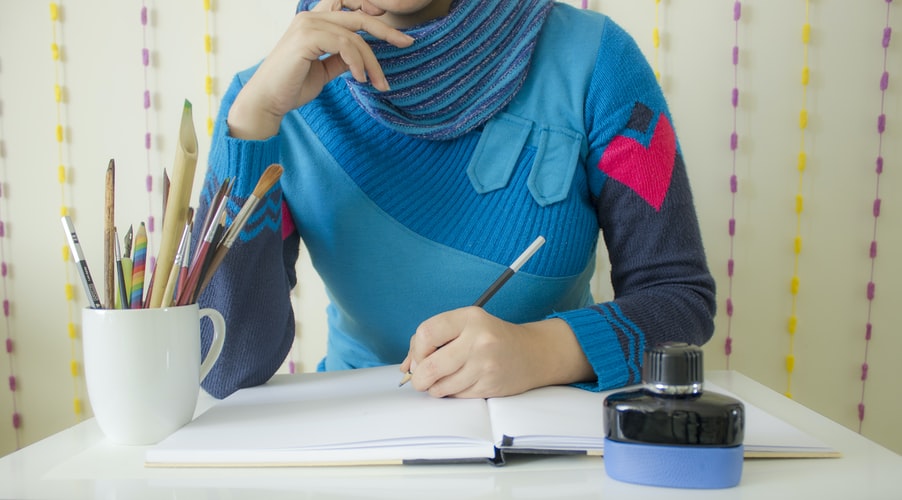 Now, instead of feeling bewildered by the pink lipstick wielder, I felt like shaking their hand.

They’d just given me the tip-off to characterisation .. helped to crack the code.

No longer daunted by the idea of writing one short story per week for a year, I was positively excited by it. All I had to do was pluck a pertinent event (which seem abundant in life, don’t you think?) and around that event twist the portrait of an imaginary person, melding the two together like those colourful craft pipe cleaners that us kids played with in the 80s.

Those portraits would allow me to experiment with an individual’s body language, voice, style and perception. The portraits would allow me to explore the world through different lens, frames and beliefs. They’d be constructed from elements of people I’ve met through my life, tattooed with invented needs and motivations … and fired up with the consciousness of my own psyche.

So, when I pulled the Gustav Klimt card about portraits, it felt very apt and timely..

The fact that the card ACTUALLY said, Every portrait is a self portrait, is a whole other philosophical matter that I can’t be bothered to go into right now (though  between you and I, I have walked around an English Heritage site in an uncomfortable thong, hence why I know what it does to a person psychologically).

Writing goals for the week:

3. Add strings of visual vocabulary to the colour palettes that Reid and I made and then weave these words into some of the scenes of the book (as an experiment).

4. Push through with fleshing out these scenes, even if my characters are still a bit blurry.

5) Feel remotivated to create the best characters ever.

PS. In this strangely interconnected world, if by any small chance you know someone who got really angry with a small grey Golf and put lipstick all over the windows whilst visiting the Isle of Wight, can you ask them if I can have the log book from my dashboard back? Thanks. 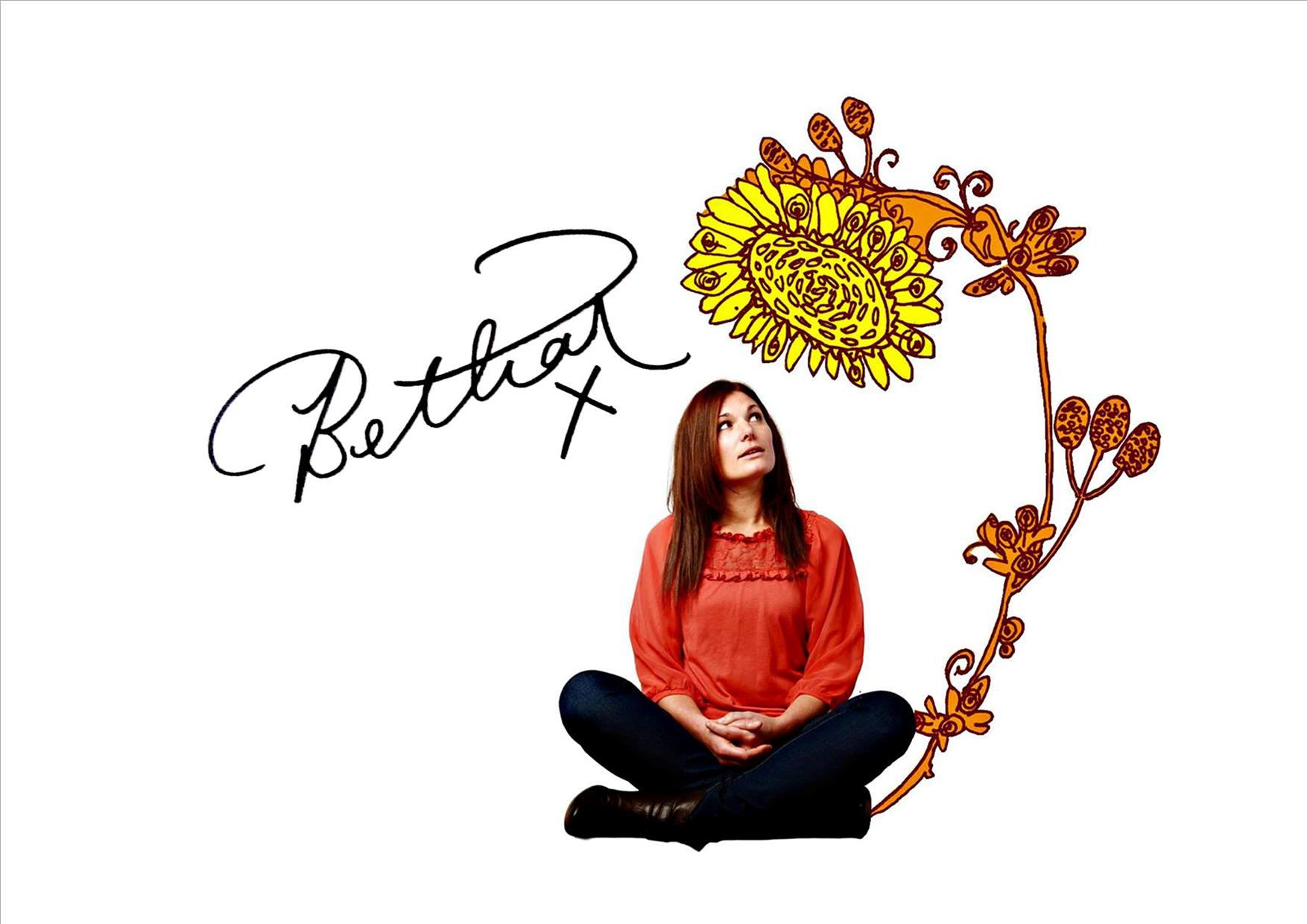